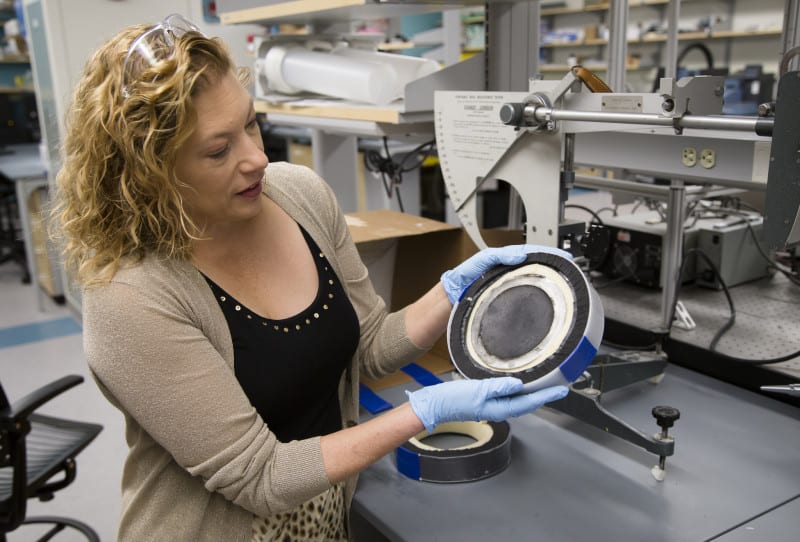 Summary: Ellen Arruda is developing a prototype football helmet that she believes can better protect today’s athletes from concussion.

MITIGATIUM was designed using a composite structure that consists of lightweight elastic and viscoelastic components. The combination of a hard polymer shell and flexible plastic reduces most of the initial force and dissipates energy.

The National Institute of Standards and Technology (NIST) plans to run a series of tests on the MITIGATIUM design to determine if it performs better than current headgear. MITIGATIUM is one of five innovations being tested by NIST, and the winner will receive a $500,000 prize.

“Concussions occur when the brain moves relative to the skull, and that motion can be caused by force (how hard something hits something else) and impulse (how much energy is contained in the impact),” Arruda said. “Current helmets do a very good job of reducing force, and that’s important in preventing brain injuries and skull fractures, but they don’t do a very good job of mitigating impulse. That’s what our whole design strategy revolves around—mitigating force and dissipating energy. You really have to reduce both to prevent brain injury.”